A boldly designed beam manufactured by our company 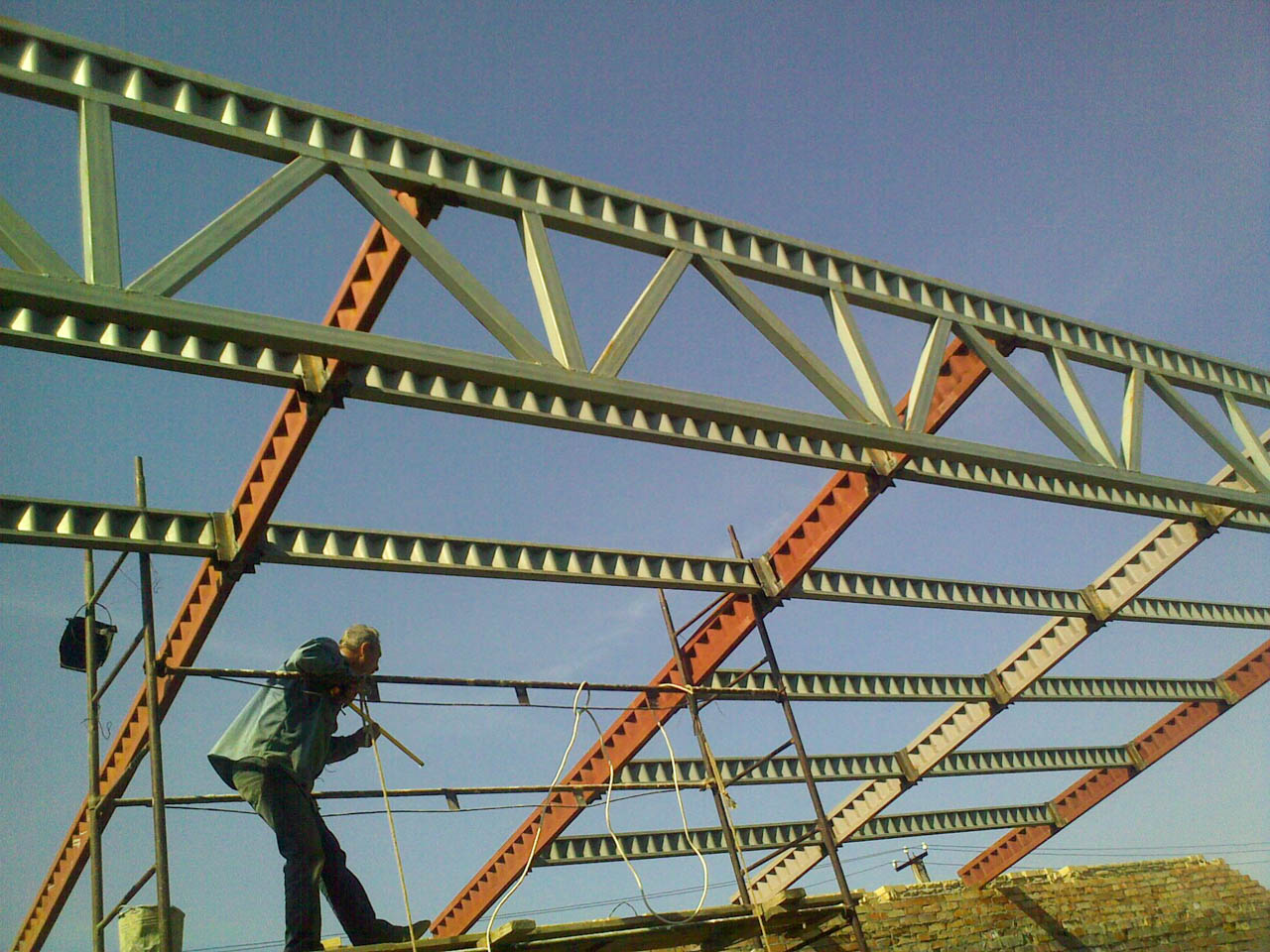 Beams are used as metal trussing, pillars, elements of frame bearing structures for construction of warehouses, hangars and other industrial and residential buildings.

The main advantage of using BWW and products made thereof is reduction of specific quantity of metal in roof bearing structures leading to lower requirements to bearing capacity of the walls (pillars), foundations.

BWW enable quick and simple assembly of various structures. They are lighter than conventional beams with the same strength and bearing capacity.

ВWW is a profile of a constant unit consisting of 2 profiles (square pipe) and a sinusoidal metal insert.

BWW production method requires no expensive components and power resources.
BWW as a profile is rather multi-purpose and can be used for different types of structures: hangar pillars and buildings with travelling cranes, cross-bars, girders, floor beams and joists, bindings, frames of office and industrial buildings, etc.

Any structures made using wooden beams or steel beams with IPE or IPN profile can be made with the use of BWW having the same or better mechanical performance but reducing specific quantity of metal in a finished building by 20 to 60%.

It is important that BWW as well as structures and frames made thereof have an enhanced durability and are advised for use in areas with seismic activity and high wind load.
One of the most important advantages for large frames made of BWW is the possibility to assemble them at site, therefore it eliminates all risks and difficulties related to transporting of off-gauge building structures.

Taking into account low weight of BWW and structures made thereof, building frame can be assembled using a common truck crane, without complex construction machines; it reduces greatly the assembly time as compared to a conventional frame assembly.

Farms are built based on BWW

Beam structure is protected by the copyright registration certificate. Elements of beam production line are protected by the patent of invention. BWW are made according to ТУ У 28.1-32010831-001:2008.

Sale of license and equipment for beam production

We developed and created a fully-automatic production line of steel beams with wavelike wall (BWW).

Recent development introduced into this line enables cheap and quick (delivery rate of a finished product is about 1 m/min) manufacturing of steel beams with wavelike wall (BWW) up to 360 mm.
Introduction of products of this line into construction allows us to reduce specific quantity of metal in building structures by 40%, cut assembly and transport expenses, achieve design, supply and assembly periods unattainable for competitors.

Due to high bearing performance and low weight, a steel farm made with using this technology enables spanning up to 36 m without supporting bearings for all geographic zones.

All these properties provide you with an undeniable competitive advantage in all respects of the winning formula.